I studied Economics from year nine all the way to year thirteen. One of the major topics in our syllabus was the government, and this is the topic I will rant about on this post.

I’ve grown up in a democratic nation. We’ve elected our government based on the promises they bade us on their rallies. A never ending list of changes that never come to action. That, my readers, are the promises of my government. My nation is considered to be one of grave poverty and a low living standard. Why is this? Is it because of its people? Or is it because of its raw materials? No. It is because of the government. The government is responsible for ensuring no child remains starved, no resident remains without an education and that there is stability in the economy. But my government fails to do so. It is too busy using its power in the worst manner. Raids, blame games, demolishes. This is not a government’s promise. By demolishing shops, by raiding offices and by blaming, they are doing nothing but wasting time and lowering the economy’s monetary position. I simply cannot understand why the government is spending their time and energy on such things. There are thousands of kids starving! Do something about that. Please?

I am so mad right now.

Let’s take India for instance, there have been two gang rapes (that we know about) in the past two days. One in Mumbai and the other in Jharkhand. This, after the much talked about gang rape in Delhi. Why has rape not been put to an end? Because rapists do not fear the consequences. Because the consequences are non existent. The Indian government is jailing the rapists, yes, but then what? Surely there are more severe punishments than simply jailing a rapist. It seems to me the Indian government is simply sitting, watching and shrugging off rape cases. Almost as though they are immune to rape cases. And what is the government going to do anyway, there are plenty of Indian politicians that are rapists themselves. And if their deeds go unpunished, what has the nation got to fear.

The government is a bunch of phonies. And the whole system is a labyrinth of falsehood.

She had lit eyes and a beaming face. Her hips swayed and her shoes clicked as she left her mark on the ground beneath her. She was sixteen, when society imprisoned her mind. She starved and thrived, longing for acceptance from society. They’re so many faults, thought my mother’s twin. Hair, too thin. Skin, too spotted. Body, too stout. Character, too courageous. How could that be?

It was a warm spring afternoon when her struggle came to a sudden halt. It was the very day society had accepted her; they had declared her beautiful, just as soon as the doctors declared her dead.

My mother’s twin was deemed worthless till the day she lay lifeless and pale, slit at the wrist, on her four-poster bed. She had soaring aspirations, but society shrugged them off.

My mother’s twin was a victim.

‘Men are superior’. A phrase that has echoed in my head since I was 14. A phrase that I absolutely detest. Just a mere phrase like that gives men all the courage to disregard any refusal. ”Ah, come on, its okay, I promise it won’t hurt”. It gives the ‘go ahead to a man to threaten and abuse a woman, “you’re nothing, you’re a woman!”

‘A man is a man’. Something my A-level teacher once said to me. It has stuck ever since. Something that just shrugs off lightly when a man cheats in marriage and relationships, and walks out on his family. “Oh a man is a man, what are we gonna do about it?”

Men have dozens of phrases that will class their doings as, ”ah, its okay!”. Most of the men I have come across abide by this little rule. It sickens me and depresses me to my very core.

Is a simple no so difficult for a man to understand? Isn’t that a pity? They have to hear a woman say yes, they lack the courage to hear a no. Why? It will destroy their manhood. What manhood is that, anyway? How about respecting a woman when she says yes, that is manly, it is.

The truth is, men survive on this earth with their dominance. That is all. If they could only see and care to understand, that this dominance is actually cowardice. And that, their so called manhood will enliven the day they learn to respect a woman.

Also, I pity men that think the phrase, ‘a man is a man’, is something to be proud of. They are just automatically being labeled as probable rapist, probable domestic abuser, probable pedophile, probable serial killer, etc. Just like it was expected of him.

My distaste in men has been long sustained, I do not understand how I will ever fall in love with one, let alone get married to one.

We were sat in a circle of seven.

The King approached the centre of the circle in an intimidating demeanour. He pulled out a scroll and softly started to read. He promised bigger schools with a wider range of books. He promised human equality and a higher standard of living. Sounds of gunshots going off drowned the King’s last promise. The King hit the ground with a fall a so gallant, we remained transfixed. His strength faltered as he let out a feeble cough. His promises seeped out of his body, red and sticky.

We smiled in unison, having realised we had shot the King four times each. 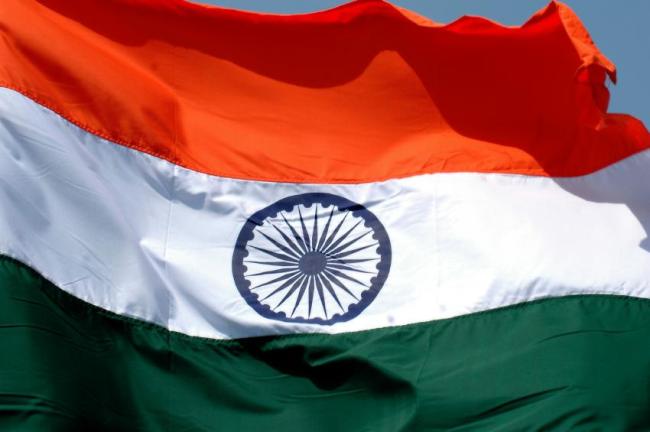 Happy Independence Day to each and every Indian around the world. Even those that don’t consider themselves Indian. Today is the 66th year of India’s independence. Being of India descent, I feel strongly attached to the country and its people. I must ‘pull the band-aid’ and say it, I have never been to India. Yes, I know. I know. I really, really want to visit though. I do.

As I was updating my Twitter and my Facebook with wishes of India’s independence, a question struck my mind. Is India really independent? I thought of the dozens of women in India, that are denied justice and are victims of misogyny on a regular basis. Does an independent nation not entail freedom? Why then are so many women in India raped and forced into marriage? Why do we hear of crimes upon crimes of issues related to dowry, acid attacks and gang-rapes? Why is it that an Indian woman is expected to sit at home and tolerate her abusive alcoholic husband? And should she file for divorce, she be classed unmoral! There are plenty of cases of female foeticide that we hear about. Why? Simply because a male is the preferred gender. All these crimes, this patriarchy, this misogyny, it occurs because a majority of the women are shunned from denying. They are not permitted to say no. This is not freedom. Now, I am not saying this is ALL Indian women, but a majority of them.

Tell me now, how can India be independent?

But today, after the fire at the Jomo Kenyatta International Airport, I care as equally about crimes and terrorist attacks. The cause of the fire still remains unknown, but I spent the whole day enormously sullen. And I was baffled at how people could get on with their lives like nothing in the world has happened. But then again, that is how I used to be too.

I thought about the dozens of countries that go through similar events, except theirs are on a daily basis.I am saddened that we live in a world like so. Also, I sort of got to thinking that terrorism does not have only to do with bombings and hijacks and massacres. I think, all sorts of crimes are terrorism. Rapes, murderers, domestic violence. So yeah, terrorists are all around us. Yes, terrorism is to do with a political motives, I understand that. But if things are put into perspective, the political aspect is looking to better the country, and the country is its people, and so terrorism is done to the people. As is criminal activity.

But that’s just my view.